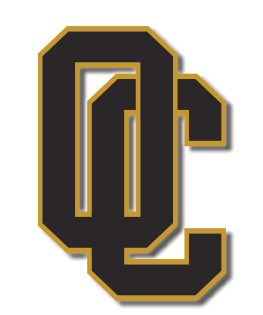 Why Choose Our School?

An ideal combination of academic learning and strong values makes Ore City ISD the right choice for your family.

The TEA listing of school district ratings can be found at www.txschools.gov.

Ore City was organized as Murray League in about 1846. The first school was built in about 1848 and was described as a large building made of logs with folding doors on the inside to form rooms. The school was called Murray League Institute, a private institution that required tuition. Courses included mathematics, English, vocational studies, surveying, and physical education. Greek and Latin were also taught.

In 1857 the enrollment had increased to 250 students. In 1861 many of the students and faculty joined the Confederate army and the private school was dissolved, continuing as a public school. By 1906 the population again decreased and the school closed. Students attended Coffeeville and Boxwood schools.

In 1910 a common school system was initiated with a two-room shotgun building; former Murray League students returned to Ore City. On August 12, 1911, the people voted to incorporate the Ore City Independent School District. The vote was twenty-eight for and none against.

In 1912 a two-story, eight room building was constructed. In 1937, again due to a decrease in population, the high school students were transferred to New Diana and later to Gilmer. Grades one through nine remained in Ore City. In 1949 the building was renovated, enrolling 118 students.

Ore City constructed a new building in 1955 on twenty-four acres in the northwest part of town. The two-story building was destroyed. The Coffeeville School consolidated with Ore City in 1956.

In 1961 the Ore City Board of Trustees began the process of adding a high school program. In 1962 the vote was taken to add a high school. Students began enrolling for the 1962 – 1963 school year. The first graduation was held in 1964.

The first school for black students was built by Edd Moon and was known as Moon Chapel. In 1934 New Mountain School consolidated with Ore City. In 1955 a brick building was constructed across from Moon Chapel and named Duncan Junior High, in honor of the longtime principal. In 1968 the schools were integrated.

The present Ore City Independent School District is the result of consolidations through the years of eight school districts, in addition to the black school. These districts stretched into three counties, Upshur, Harrison and Marion. The district is bordered by Gilmer, New Diana, Pittsburg, Harleton, Daingerfield-Lone Star, and Jefferson schools.